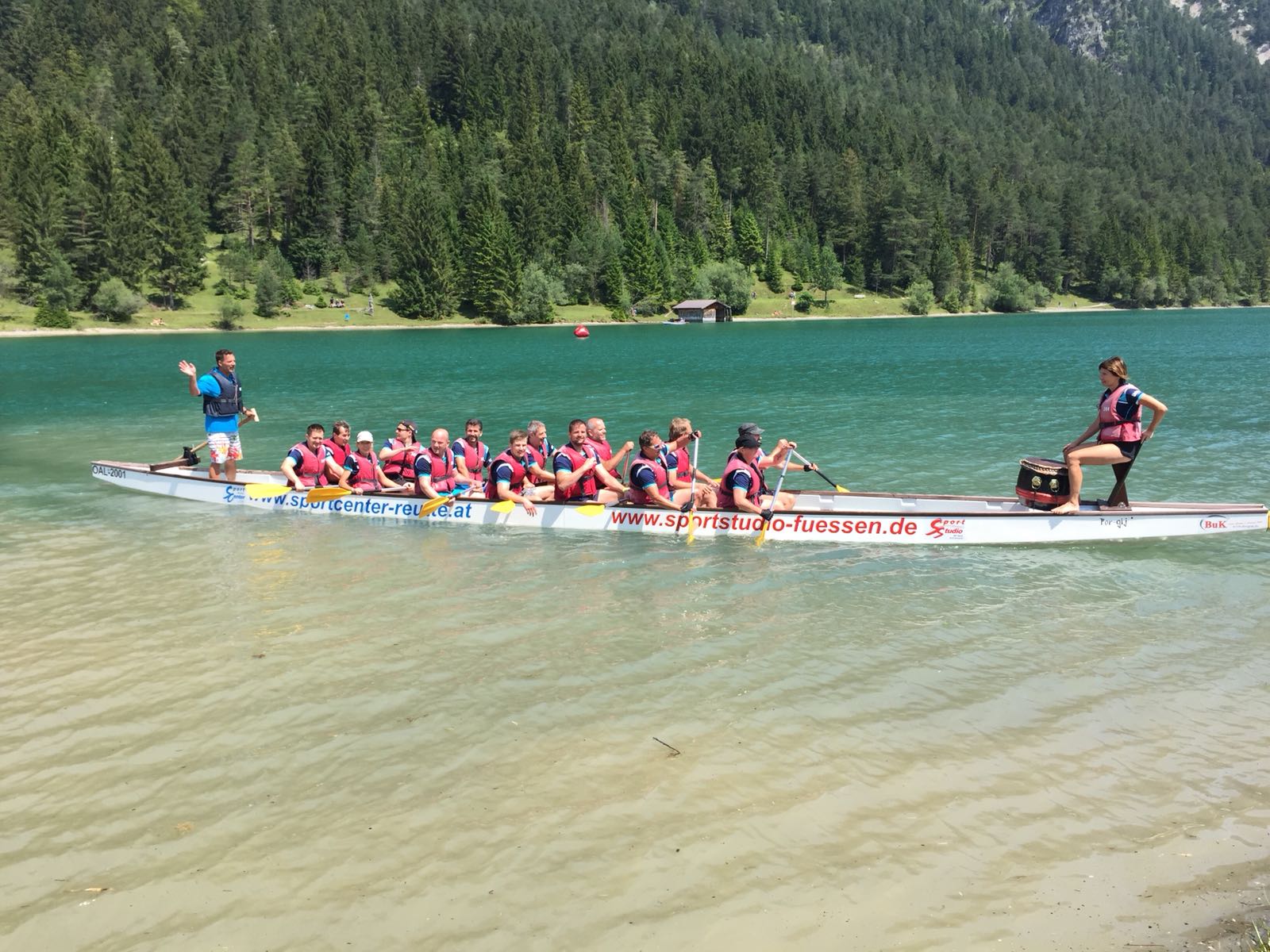 6 boats and 100 contestants were ready to start the Rotary Club Reutte-Füssen‘s Dragon Boat Race 2018, which was held at the Heiterwangersee lake in Tyrol. The rules were simple: every crew had to race every other boat in one-against-one mode, each boat racing a total of 5 times. A dragon boat crew consists of 14 rowers, a drummer to set the pace, and a cox; a race on the 250-metre lasts between 55 and 65 seconds.

The Unimet crew’s first race, against Metalltechnik Vils, was an ideal opportunity to put the finishing touches to the teamwork in the boat – and row to victory. Unimet’s next opponents, Zementwerk Schretter und Cie, having been finalists last year, were favourites this time, and confident they would win! The “Unimetlers” were able to match the “Cement Boys“ for pace in the early part of the race, and about halfway through, Team Unimet’s superior technique and tactics began to show and they won by two seat lengths. The next opponents were Allgaier Kunststofftechnik, who were also unable to match Unimet’s stamina, and the crew’s third victory was secured. Next, dark horse Rotary Reutte-Füssen initially lay ahead, but within striking distance, and it was a hard-fought battle up to the last 50 metres, when the Rotarians’ strength and stroke synchronisation failed. Unimet also won their final race, a “prestige duel” against their old rivals Otto Bihler GmbH. The ultimate proof of the solidarity and fairness of all the crews was demonstrated by their communal dip in the lake with a “balmy” water temperature of 18°C!

Congratulating the winners at the prize-giving ceremony, Managing Director Andreas Wagner thanked the organisers for the successful planning and staging of the event, and promised that the victorious Unimet crew would definitely be back in 2019!

We also hope to see teams from Leukert and iwis in 2019.